Last week we celebrated a dear friend’s 30th birthday. As it was quite the milestone, we went all out! Beach barbeque on the actual day, a weekend away in Tarifa with a Game of Thrones theme, all the works! This meant a few busy weeks – sorting out outfits, cakes, presents but in the end it all came up beautifully and we had one very happy birthday girl.

We put together a pretty presents display for her on the beach and were lucky to have a clear day so Africa acted as a natural backdrop. Magical! 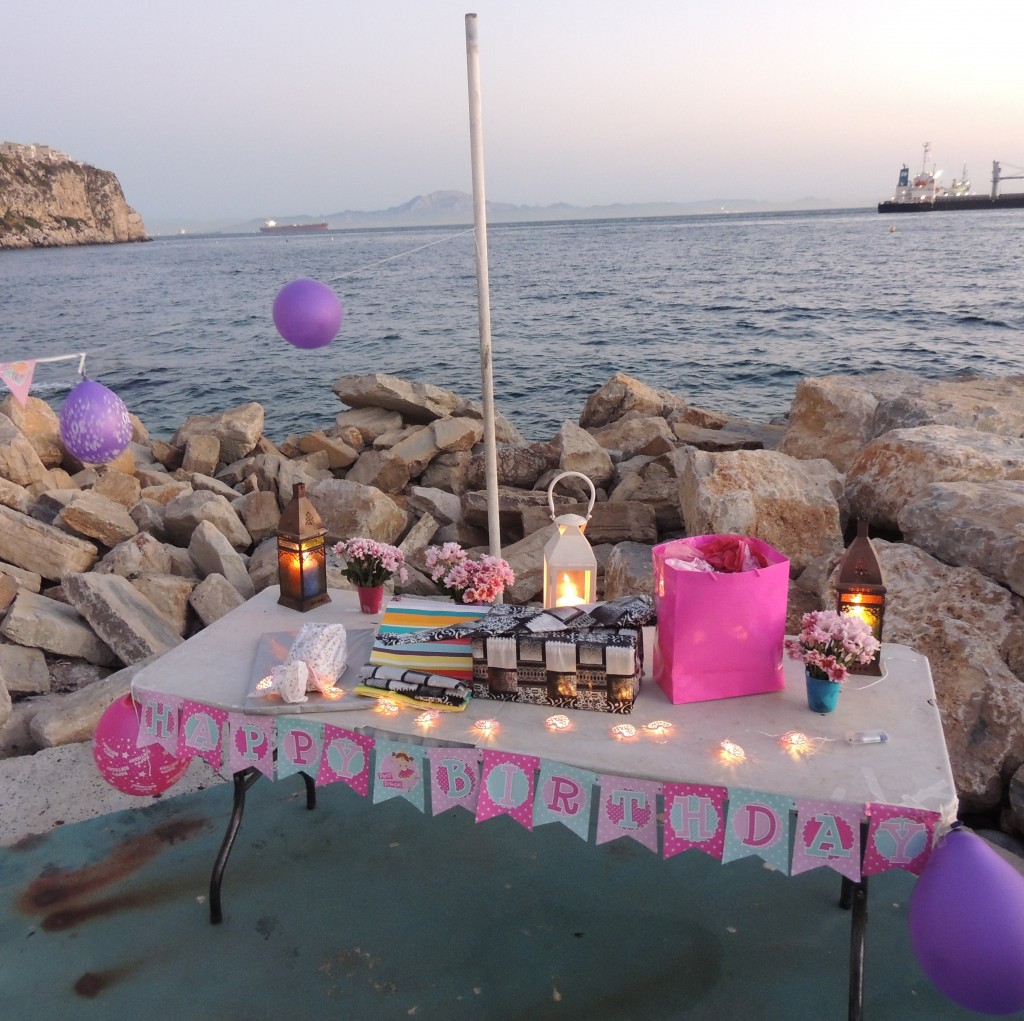 For the weekend celebrations, I had to make a themed cake. As it turns out, a Game of Thrones cake is not a easy thing. I initially wanted to make Joffrey’s crown out of chocolate and paint it gold for the cake topper. The weather was really not accomodating though – too hot for the chocolate to set, yet if you put in the fridge to set, it will sweat when it comes out so you cannot paint it. Then I tried royal icing, failed again. After 2 weeks of trying, I finally gave up on the crown idea and focused elsewhere. An iron throne should be easier to make, right? And easy enough it was, but little did I realise it will take so long!!! I used 2 YouTube tutorials combining making the actual throne from styrofoam and covering it in tiny swords made of sugar florist paste (I find the Squires Kitchen one the best). Note to self: do not use super glue for styrofoam. It somehow doesn’t agree and the glue eats through the styrofoam. Yikes!

Once I had the throne ready, I baked a simple chocolate cake and made a Nutella buttercream as per the request from the birthday girl. Then covered the cake in white fondant and blood made of red royal icing. On top I placed the throne and added 3 plastic dragon toys. I was pretty proud of the end result, what do you think? 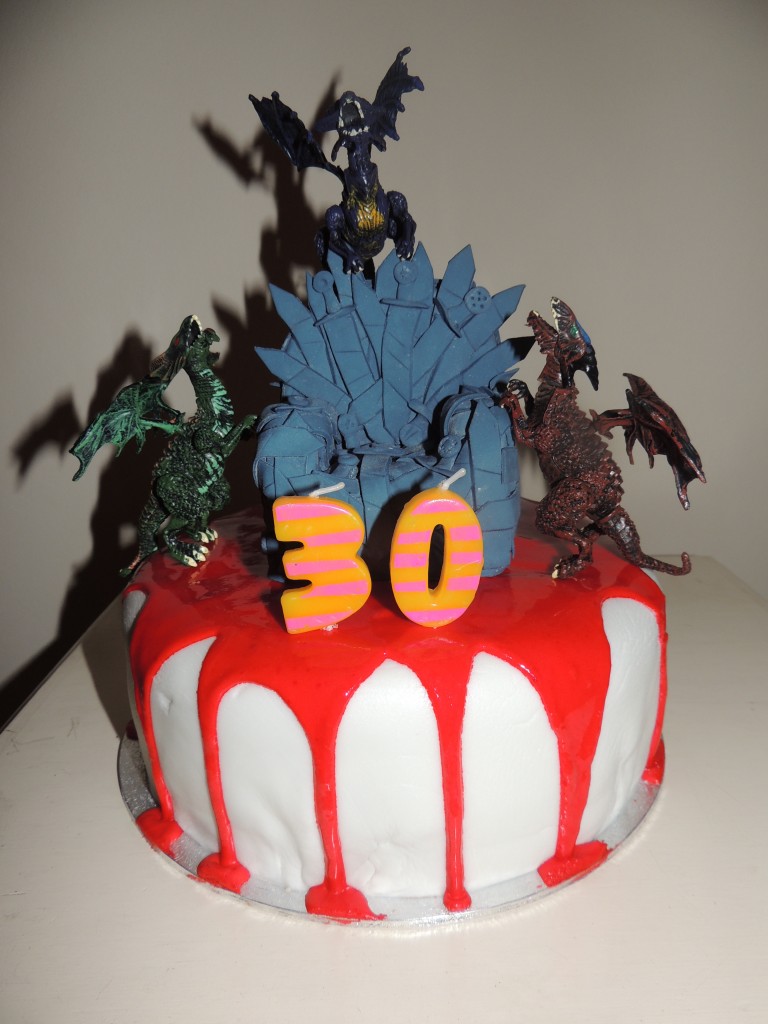