You should know I am a bit of a celebrity.

Saying a bit since it is only in Gibraltar and I am not all that famous but I did enter a local TV baking competition and even won it! I don’t even have a picture of the trophy to show you – you see, the programme was filmed a month in advance and I didn’t want to spoil my family’s surprise by bringing the prize home! I will justify this as soon as I collect it from the TV station. 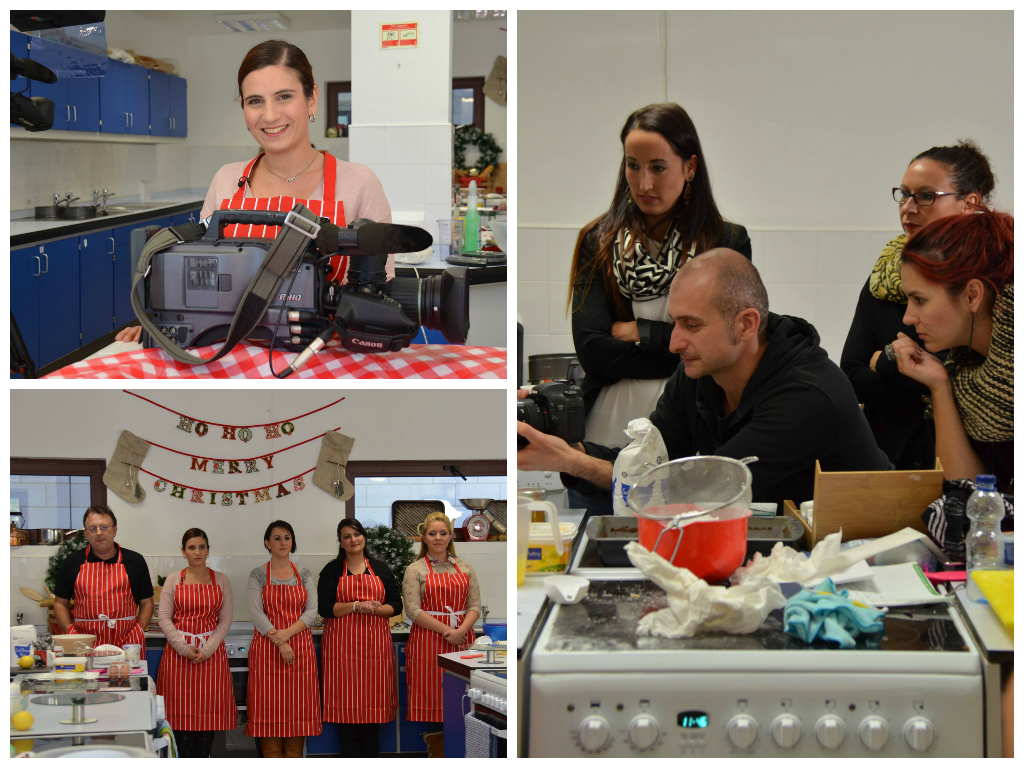 Anyways, let me tell you a little about the competition. There were 5 contestants, 2 judges and 2 rounds of baking. For the first round we were all given the same ingredients and no recipe, and had to bake a traditional Victoria Sponge cake. We also had to make our own jam!!!

The horror… While I am good with complicated tasks, I often fail simple tasks. Underestimation leading to poor concentration is my biggest enemy! Needless to say, my sponge was burnt on the outside. The jam I was so worried about received high praise but I didn’t put enough, and my cream was a miserable resemblance of what whipped cream is supposed to be. I came fourth out of five at the judging…For the second round, we had to bring our ingredients and create our own Christmas centerpiece. The conditions were that the cake contains at least: 1 nut, 1 fruit and 1… wait for it… vegetable. Carrot seemed the obvious choice, therefore it was instantly discarded. Beetroot and sweet potato were other options but trial and error kicked them out of the running too. So I settled for a courgette, apple, pecan nut, sultanas and cinnamon cake. Since I do not like eating fondant, I decided to finish off the cake with a cream cheese frosting and only use fondant for a couple of figurines. I also created dainty Christmas trees out of rice crispies and melted white chocolate which I dyed green.

The other contestants were creating extremely elaborate designs – one of them was a model of the entire Rock of Gibraltar, with the crazy runway we have and all. This, combined with the outcome of the first round, didn’t give me high chances of winning but I thought I’ll just enjoy the round and do my absolute best and leave the rest to the judges. 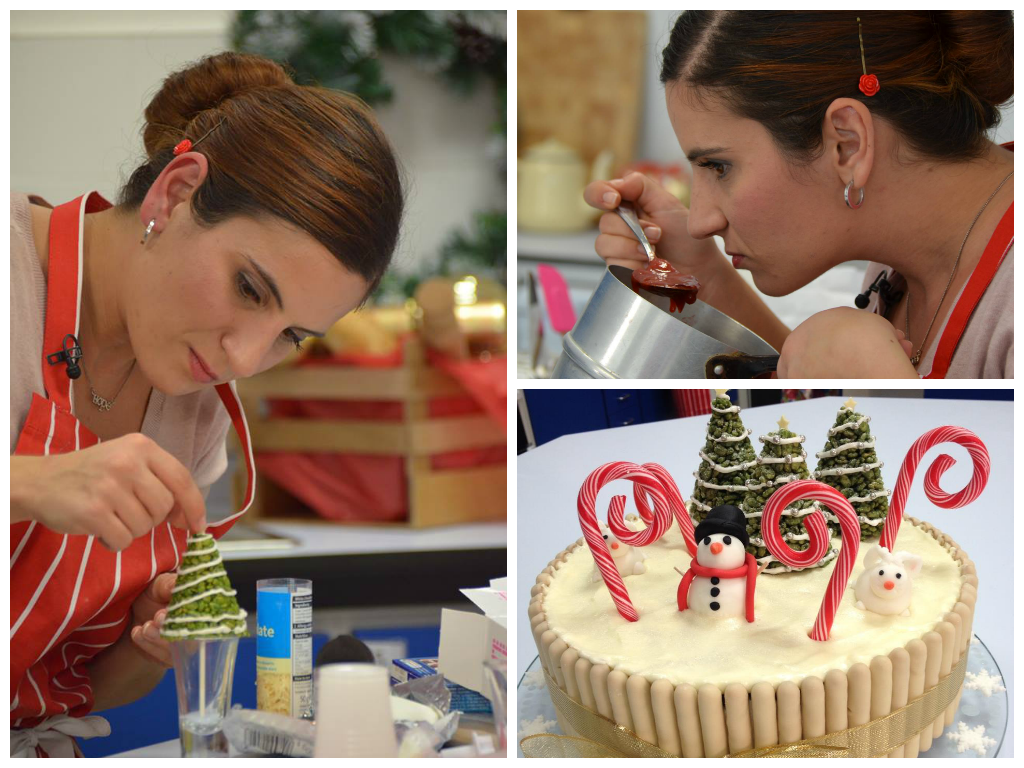 So imagine my surprise when the winner was announced and it was me and no one else! I wish I could include cake tasters on the blog but technology is not quite that advanced yet so I will just show you a picture of the final creation. You’d have to imagine the (pretty amazing) taste!ImageWatching the show on Boxing day with my family, who were all blissfully unaware of the results, was such fun! I had (somehow) managed to keep it a secret from all of them so seeing their faces was the best Christmas gift this year. I also didn’t know which bits and bobs will be included in the actual show, and hadn’t heard the ‘behind the scenes’ commentary of the judges. I was well pleased to hear myself being called an ‘accomplished baker and a pleasure to watch at work’!

So far no one has stopped me on the street to ask for an autograph but there is time for this too. Until then, I am happy to be the Cake Queen of my friend’s and family’s circle!

One thought on “CAKE QUEEN!”