Season 6 of the Great British Bake Off started last night and I was suddenly itching to bake again (even though on Friday I was throwing plenty of ‘No more baking for at least 2 weeks’ around). But this time I wanted to eat it too and I am trying to eat healthy so I stay away from grains, sugar, butter – basically almost everything which cake contains. But I still have some coconut flour left so decided to explore the healthy baking road again.

The recipe I eventually chose called for apple sauce. Now, I have always been an ambassador for easy and have so far used store bought apple sauce. But since I am trying to avoid sugar, and since there was plenty of apples about to go bad in the fridge, I decided to finally succumb to making everything from scratch. Happy to report this time it was a success! This apple sauce can be used not only for baking but also to accompany roast pork etc. It is also easily customizable so you decide how much cinnamon you can add, how sweet to make it, how thick, etc. Here the recipe:

Ingredients:
6 apples (any you like or have at hand)A pinch of cinnamon (optional)
A cup of water
1 tbsp stevia (optional), see picture below

Method:
Peel and chop apples. The smaller the pieces, the quicker it will cook. Add to a pot together with water, cinnamon and stevia. You don’t need to add sweetener if you don’t want the sauce to be too sweet but since I am using the sauce as a substitute to sugar, I added some stevia for extra sweetness. Let simmer over medium – high heat for approximately 20 mins, stirring occasionally. If you want a thicker sauce, use less water but stir more often to avoid sticking to the pan.
Once the mixture has been cooked and apples are nice and soft, puree with a hand held blender. Let cool and enjoy! 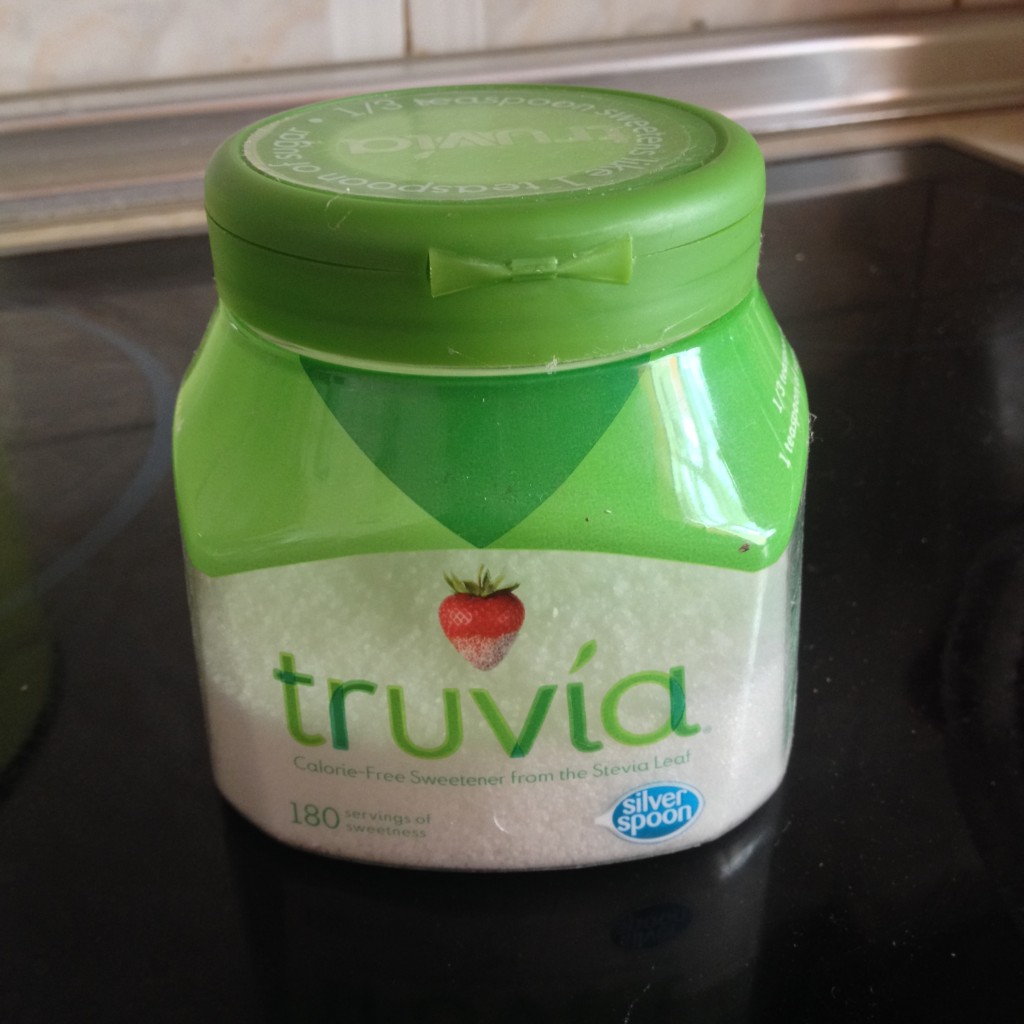 The stevia I use for baking